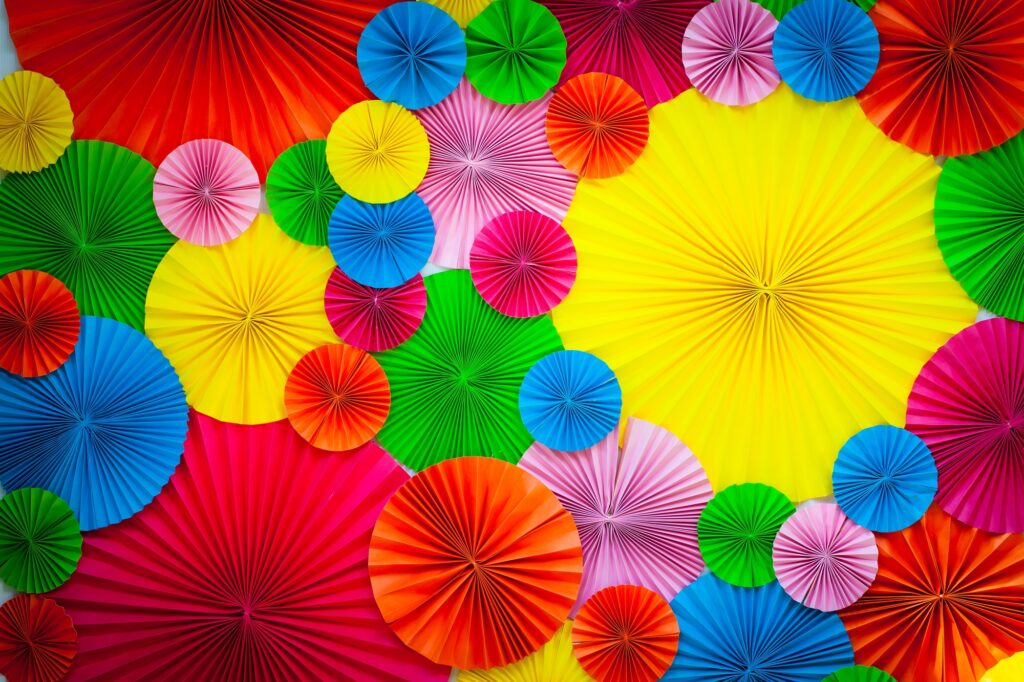 Bright pink is known as the world’s oldest color. It came from molecular fossils that had pigment older than the dinosaurs.

The world is still full of color today. Here are some hues that start with the letter g.

Gainsboro is a light hue of greenish-gray. It is a pale version of the color gray. The tone is in the X11 color names.

Gamboge is a deep orange-yellow. The mustard yellow pigment has been used to dye Buddhist monks’ robes. The pigment comes from removing resin from Clusiaceae evergreen trees.

Garnet is a deep shade of reddish-brown. It is dark red with some purple in it. The hue also comes from a gem with the same name and in the same shade of red.

Generic Viridian is a medium green hue. It is named Viridian inspecifico in the Guide to Colorations, which is a color dictionary that was published in 2005.

Ghost white is a web color version of white. The person made the color to represent what shade of white a ghost would be. This hue was not in existence until the X11 colors were made back in 1987.

Glaucous is a moderate shade of blue. It means “gray or greyish-blue” in Latin. The word is used to describe the hue of plants and names of some birds.

Glossy grape is a medium-light hue of magenta. It represents a color that some grapes can be.

GO green is a vivid shade of yellow-green. It was the shade of green used for the GO Transit brand, which provided commuter services to the Greater Toronto Area. This green was used on buses, trains, and other belongings of the brand between the years 1967 and 2013.

Gold is a bright yellow. It is also known as golden. Golden was first used as a color term in English in 1300.

Goldenrod is a deep shade of yellow. It symbolizes the shade of deep yellow goldenrod flowers. It was first written down as a color word in English in the year 1915.

Granite gray is a light-gray shade of magenta. It represents that color of granite.

Gray is an even mix of black and white. It is considered a neutral or achromatic color. Lead, a cloudy sky, and ash are all shades of gray.

Green is the hue right between blue and yellow. Within art, it is a secondary color, since green is made by mixing together blue and yellow. Many shades of green can be seen in nature among plants and animals.

Green lizard is a bright shade of green. It represents the color that many lizards are in nature.

Green sheen is a variation of green-cyan. Shades of blue and green can be seen in it.

Green-blue is a mixture of equal parts of both green and blue.

Green-cyan is a medium-dark hue of green-cyan, with more green than cyan in it.

Green-yellow is a shade of green and yellow mixed together with equal parts of both colors.

Grullo is a specific shade of gray on horses in the dun family. The color is also called gray dun, blue dun, or mouse dun. The term comes from the Spanish word for gray horse.

Gunmetal is a specific shade of gray with some blue and purple. It is also described as a black and green color. The hue is used to describe metals like blued steel and tarnished gunmetal.